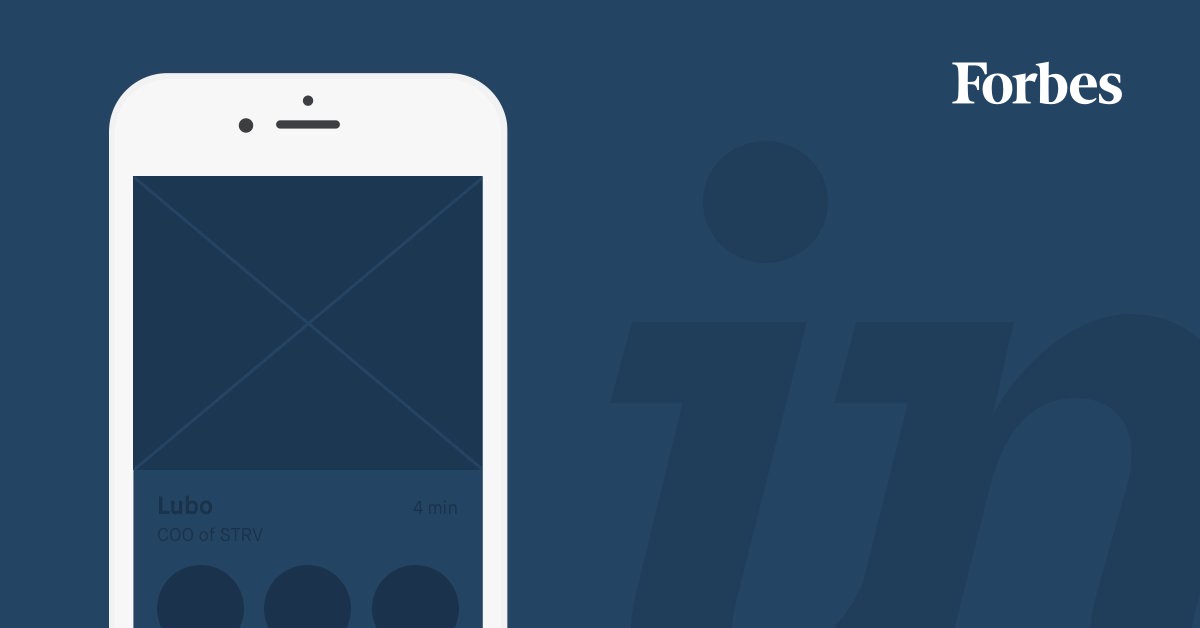 All great ideas start with a single prototype, whether it is the iMac, the Tesla Roadster, or a mobile app you believe has the ability to change the world. As the co-founder and COO of a mobile and web development studio, I've helped hundreds of startups turn their great ideas into realities over the last decade. Inevitably, I'm always asked the same question by those who want to build a new app.

What is the best way to get started?

My answer is simple: Make a prototype. This not only allows you to test your idea, but also helps you spot potential problems and make improvements before the development process gets underway.

The goal, InVision's vice president Stephen Olmstead told me, is to fail early, quickly and cheaply. In essence, prototyping allows you to build “a reasonably high level of confidence that your idea is worth taking to the next level and investing in,” he said. By comparison, upfront coding is time-consuming and offers no guarantees of success. Olmstead would know, as the InVision tool is great for prototyping (my company uses it for prototyping our mobile app concepts).

Start With A Prototype

“Companies have been adopting prototyping as a crucial part of their design process, especially over the past few years,” said Olmstead. “I like to think of prototype fidelity as a series of different sized brushes. Rapid-prototyping acts as the broad brushstrokes you need to begin bringing form to your idea."

Although you'll eventually need to switch brushes, you have a few different options when it comes to prototyping your app concept. Let’s take a look at the three possibilities.

Build Your Own Team

While finding your own team can be difficult and could cost you time and money, it offers a few creative benefits. Different perspectives bring a unique synergy to a project, and assembling your own prototyping team gives you hands-on control over every aspect of your development process. Above all, your own team makes it easy to communicate the vision of your business.

However, after assembling the right people, they'll need time to familiarize themselves with your concept and with each other, which may delay your app release. They may also bring different tools to the table, which could make it tough to bring people together to work with one process.

From my perspective, this is the best option for taking your idea from concept to prototype quickly, particularly if you are new to the startup world or don't have much coding experience. But before picking which agency to work with, take a look through their case studies to see what techniques they use. Ask prospective agencies about their processes, and compare these with your needs. Don’t be afraid to ask for a few prototype examples. Are they detailed? Are they polished?

To speed up the process, specify your needs: Do you want something quick that can be refined in another draft, or are you looking for something a little more detailed? Just remember that the point of a prototype is to try something quickly without investing too much time or effort.

However, keep in mind that an off-site team means that communication will be limited to Slack, Skype or phone, which could slow down the process. It might also be difficult to differentiate high-quality agencies, which is why I cannot stress enough the importance of doing your research before signing on with an agency.

The DIY route is always an option, though the learning curve might be steep. This all depends on your initial skill level and experience. If you're starting from scratch, you’ll need time and patience. Luckily, there's a range of great tools that can help you get started.

My company uses InVision to upload images and create a clickable prototype by adding hotspots and basic effects. Marvel is another option on the market, and this tool offers more animations, effects and detailed customizations.

Similar to InVision and Marvel, Flinto is the only tool that offers a desktop app (the others only have web apps). Framer JS is another option, but you’ll have to know JavaScript to write code and create prototypes. Finally, Origami Studio, currently under development by Facebook, will combine code, visual components and animations.

Getting The Most For Your Time

Ultimately, whatever direction you decide to go in, you want the most bang for your buck. Prototyping allows you to quickly test and prove a concept before investing too much time and money.

"You don’t need pixel-perfect mocks right out of the gate. Whiteboard your idea, put pen to paper with basic sketches, or mock up a low-fidelity wireframe in the digital tool of your choice," said Olmstead.

Finally, put your prototype in front of real users and ask for feedback. Don’t forget: These are the people you most want to impress.

This article was featured on Forbes.