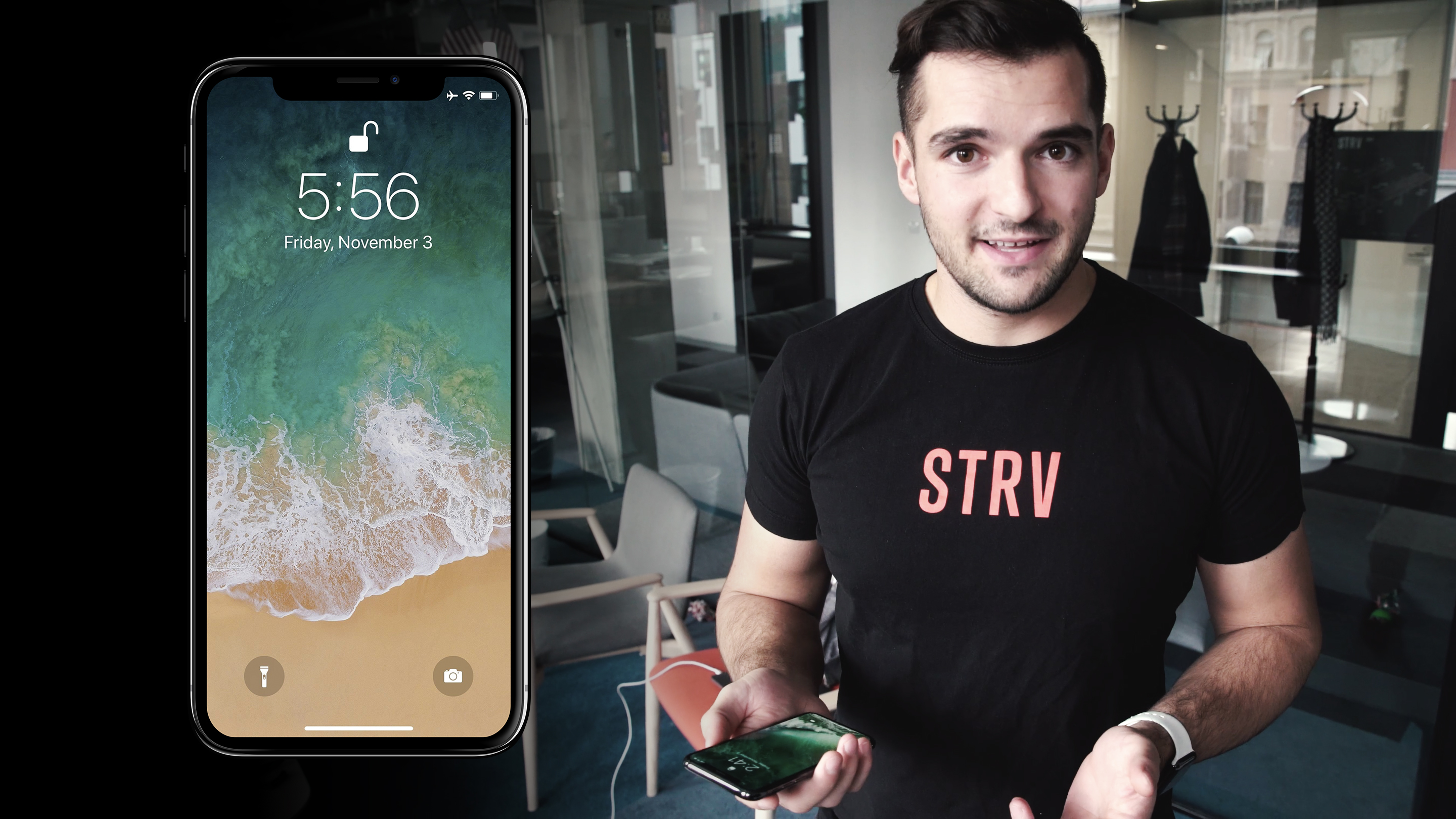 From the point of view of a developer, getting more real estate for your device while maintaining its size is always welcome. Making the UI super-intuitive and replacing a tap activity with fast gestures can dramatically improve the smoothness of using the device. I’ve been using the iPhone X for about six days since it launched and wanted to give a quick rundown of what I think about the device and its new features.

It took me quite a while to set up my new phone, get through all the progress bars and updates. Apple could improve this process.. As I already mentioned during my unboxing video, after a couple of minutes of playing with the device, it feels like the button never need to be there in the first place. The transitions between the apps are now super-simple and fast. Double tapping on the home screen to access all the running apps is now done by a little swipe, and it feels really natural.

I briefly switch to my old iPhone 6, which made me realize just how intuitive X’s UI is. I tried unlocking my iPhone 6 by swiping from the bottom. (Whoops!) After experiencing the iPhone X, I feel confident to say that Apple’s signature button will likely be missing from all future devices the company rolls out to maintain the uniformity of its product portfolio. This means there will be more space on Apple devices that app designers and developers will be able to leverage. The challenge for app makers will be to keep in mind the different use patterns while both control options are still available on the market.

Apple certainly is a trendsetter in the field of consumer hardware. The IT giant will undoubtedly influence other manufacturers to adopt this trend as well, so iOS developers won’t be the only ones who will get to play around with full-screen devices. It might take a while, but the trend is already here.

Face ID -- this is a big deal. Everyone who I’ve talked to about X was asking me the same question. Is the phone’s Face ID feature reliable and fast enough? I can say that Touch ID was very helpful on the older devices, though after, for example, taking a shower or trying to use my phone with dirty hands I’d been forced (as a frequent daily occurrence) to input the passcode manually to get into my device. With the iPhone X, I went almost two full days without having to manually type in my password. Face ID works just great. Both the hardware and the software do their job very well. It even learned to recognize my face while I was wearing a helmet and ski goggles during a recent weekend trip to the mountains. After a couple of failed attempts, it learned my new look and promptly unlocked the phone.

To be honest, I was not a big fan of switching from Touch ID to Face ID, but I have to give kudos to Apple for pulling it off here. The device now features a really secure technology that does not impact the comfort of its users. All the apps that had implemented Touch ID in the past are now capable of leveraging Face ID for authentication purposes.

Having more space on the device means there is more room for designers and developers to play with. On the other hand, X’s edge-to-edge display means that we need to be more careful about the device’s safe zones and really study Apple’s Human Interface Guidelines, the often-forgotten golden guide for building a beautiful iOS app. The trickiest parts of the new iPhone’s screen include the area that replaces the button and the areas around the speaker and front-facing camera. Designers and developers need to be mindful of having enough room at the bottom of the phone , so that an app does not interfere with the device’s native gestures. On the other hand, this space is also available for them to display full-screen content. All in all, this is a “yes” to content and a “no” to controls at the very bottom of the screen. Since we have way more vertical space than before, we don’t necessarily need to hide the top navigation bar, leaving key app controls visible and easily accessible.

The vast majority of top tech companies were 100% ready for iPhone X’s launch day and polished their apps so that users could enjoy full-screen displays from day one. Based on our experience at STRV, it takes only a couple of hours to update a well-maintained app so that it’s insync with X’s new screen, allowing users to fully leverage the potential of the device. In keeping with tradition, Apple’s main tech rival, Google, did not put much effort into updating its apps to coincide with the new iPhone’s store release date. Fortunately, however, the apps that were not optimized worked on the device as intended, though, from a visual standpoint, they didn’t look that great.

Apple’s new flagship device is certainly a big leap forward in terms of technology, but it also presents some tricky situations to users. Since the screen takes up the whole front of the phone, and the back is also entirely made of glass, it’s a little hard to figure out front from back as well as which end is up.The new user interface is very intuitive, but it’s not really consistent with Apple’s other devices, and we can expect many updates on all upcoming devices in an effort to get back to Apple’s simplicity. When you get used to your new iPhone X, it will be quite painful to switch back to an older device, as you might tend to expect the same control patterns there as well. The iPhone X is a great compromise between the Plus version and the previous regular size. It features an stunning OLED screen that’s even bigger than previous models, but still fits in your pocket. It’s a real joy to play with!